Ngaere dairy farmer Glenn Taylor is happy to extol the virtues of a French product he installed on his farm back in June. “Basically it’s done what I wanted it to do. It’s somewhere to put effluent safely when I’m not on the farm,” he says. Glenn is a part owner and leases the balance of the family farm. He has 340 dairy cows on 107 effective hectares, as well as having a 30ha runoff where he grows maize and silage and grazes young stock.

With his TRC consent due to run out in 2028, Glenn says he thought he would be proactive and do something about getting a new holding space for holding farm effluent. “I thought I would get in now and get something done, particularly with last spring being so wet and it being hard to get a day when it was dry enough to spread effluent on the paddocks.” 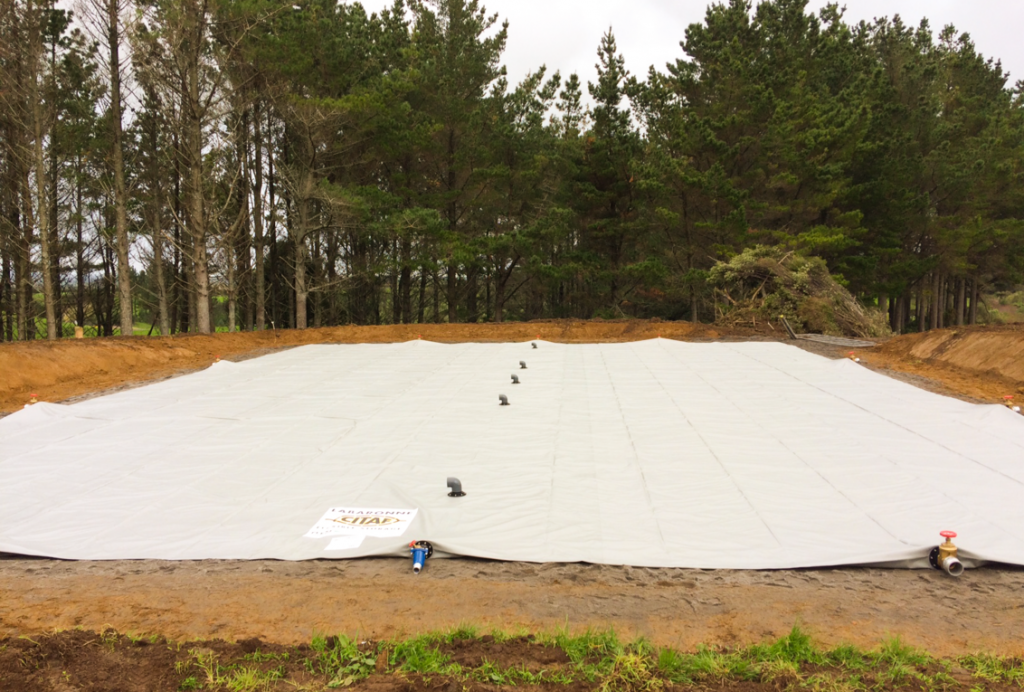 Glenn did look at a number of options before meeting Anton of Flexi Tanks NZ at the fieldays in Feilding. After that a friend of Glenn’s organised a field day on his farm, where about 15 farmers turned up. Glenn went along and ended up ordering a Flexi Tank that afternoon. “I did the calculations with Dairymaster in town, who recommended Flexi Tanks and we worked out the size we needed”. Located downhill from the milking shed, his tank can hold half a million litres of effluent.

Glenn says it’s a simple system which is easy to use and easy to put together without a lot of capital outlay. There are no consents required, although the tanks must be at least 45 metres from the cow shed. No extra pumps are needed, just a few extra fittings and a flat surface. The effluent can be transported to and from the tank using an existing pump or by the use of gravity.

For Glenn, it only took five people an hour and a half to roll it out. He cleared a few trees before putting it in, and has plans to add a few plants so that it will be unseen by anyone passing nearby. With the Flexi Tank being enclosed there is no risk of rainfall getting in or people falling in. For anybody who may have neighbouring properties nearby there is the added benefit that smells are almost non-existent. Rather than gradually putting the effluent on to a paddock it can be applied all at once, so the entire paddock can have the same consistency before it’s time for the cows to go on.

Flexi Tanks are an increasingly popular option. The tanks have a depreciation rate of 25% per annum, so can be written off in 4-5 years. The material is sturdy and comes with a 10 years manufacturer’s guarantee.

Give us a call or fill in the form below and we'll contact you. We endeavor to answer all inquiries within 24 hours on business days.
(02) 4413 2460
[email protected]